Was Jesus Invented for Nefarious Purposes? 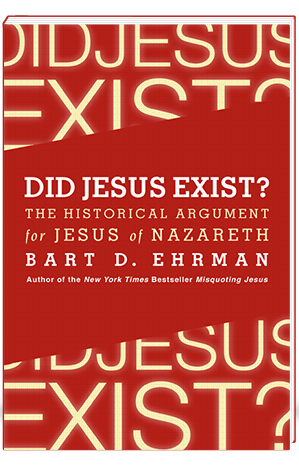 Did Jesus Exist?:
The Historical Argument for Jesus of Nazareth

Large numbers of atheists, humanists, and conspiracy theorists are raising one of the most pressing questions in the history of religion: “Did Jesus exist at all?” Was he invented out of whole cloth for nefarious purposes by those seeking to control the masses? Or was Jesus such a shadowy figure—far removed from any credible historical evidence—that he bears no meaningful resemblance to the person described in the Bible?

In Did Jesus Exist? historian and Bible expert Bart Ehrman confronts these questions, vigorously defends the historicity of Jesus, and provides a compelling portrait of the man from Nazareth. The Jesus you discover here may not be the Jesus you had hoped to meet—but he did exist, whether we like it or not.

“Ehrman’s clarity is something to emulate.” —Newsweek

“[Ehrman] is a lucid expositor.” —The New Yorker

“[God’s Problem is a] serious inquiry. . . . Ehrman pursues it with an energy and goodwill that invite further conversation with sympathetic and unsympathetic readers alike.” —Stanley Fish, New York Times

“Bart Ehrman’s career is testament to the fact that no one can slice and dice a belief system more surgically than someone who grew up inside it.” —Salon.com